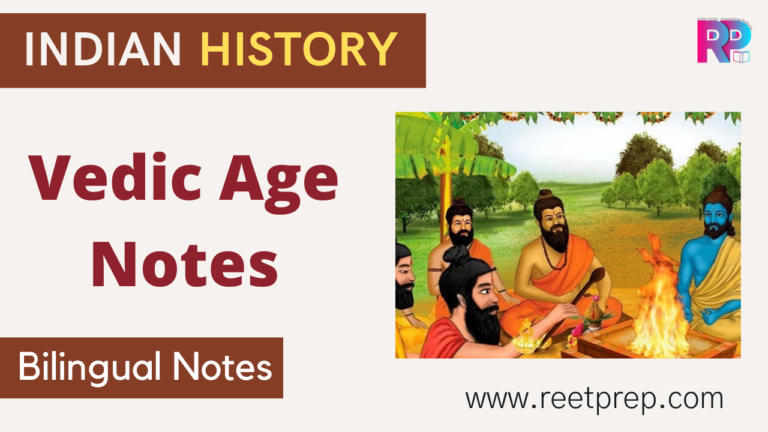 The Vedic Age is an important part of ancient Indian history. The Vedas were composed in this period and this gives this age the name.

NOTE – The Boghazkoi inscription is in Asia Minar, Turkey

NOTE – From the inscription we get details of Vedic gods which were “Indra, Mtra, Natsya, Varuna” etc.

NOTE – The initial residence of Aryan was “Sapt – Saindhav Pradesh”

NOTE –3rd Mandal is related to the “Gayatri Mantra”

NOTE – “Satyamev Jayate” is mentioned in the “Mundakoupnishadh”

NOTE – There were total 40 rivers in the Vedic age

NOTE – In the Nadi Shutak of Rigveda there are 21 rivers

NOTE – Cow was the holy animal of Vedic age

There are 2 most famous epics of Vedic age –